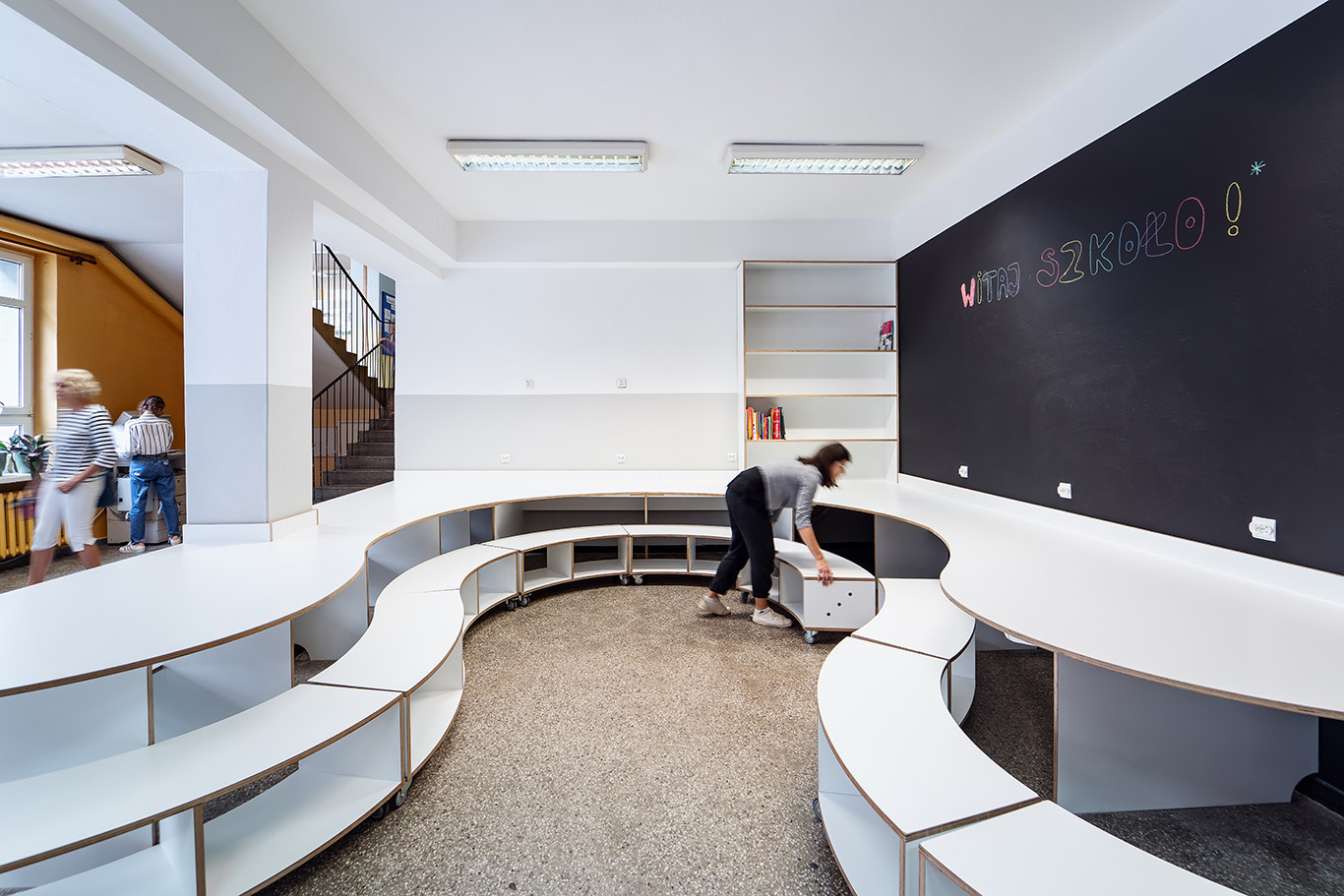 Refurbishment of an interior in H. Wieniawski Comprehensive School

The main idea of the project implemented for the Mieczysław Karłowicz Secondary Music School in Poznań at 12 Solna Street was to design a functional and friendly school space. We decided that the planning process itself requires diagnosing the needs of everyday users, so we asked students to create mental maps that contained their own feelings and experiences, but above all, articulated suggestions for its transformation. An approach based on the model of cooperation allowed for an in-depth analysis of the context of the space and made it possible to map the expectations of its new arrangement. Based on consultations, the space in the inn next to the school shop was transformed into a space characterized by the combination of different functions: an unfriendly and unattractive place was transformed into a zone of rest and relaxation, but at the same time into a space suitable for workshops. Inspired by the philosophy of Dutch architect Herman Hertzberger, the former colorless, individualized place at the school canteen was given a communal and open character by placing a large table around which we arranged rows of snake-shaped mobile benches. Shelves, on which books can be stored, are a complementary element of the space decoration. Due to the patio entrance next door, the furniture can be easily and freely moved outside the building. The choice of materials was based on aesthetics and resistance, so the furniture in the space was made of plywood covered with double-sided HPL laminate.