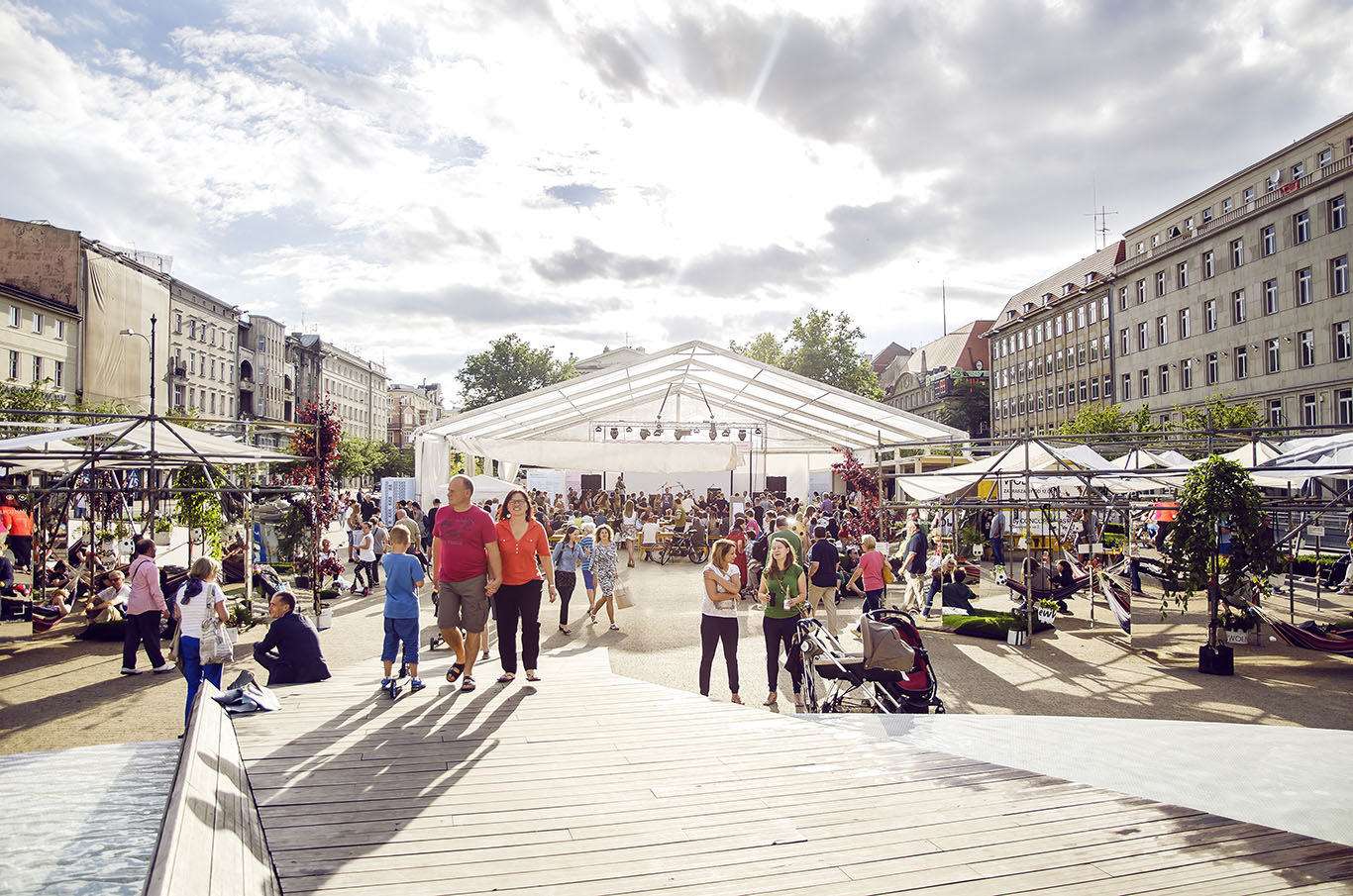 The aim of the project was to change the monumental scale of Wolności Square into human scale. Wolności Square both during summer and winter remains unused and the concrete surface as well as the lack of greenery curb the spontaneous actions of city dwellers. In the frames of Generator Malta, an initiative undertaking the tradition of street theater the Square changes into lively public sphere. Dividing this large area (more than 3000 m2) into smaller regions and designing places for particular activities helped to establish accessible friendly space for everyone. Different types of urban furniture (round and rectangular tables, benches and soft waterproof pillows) help to define specific zones: for children, temporary café and restaurant, music and theater stage and workshop space. In effect, the Wolności Square becomes a prototype of a human friendly urban interior.