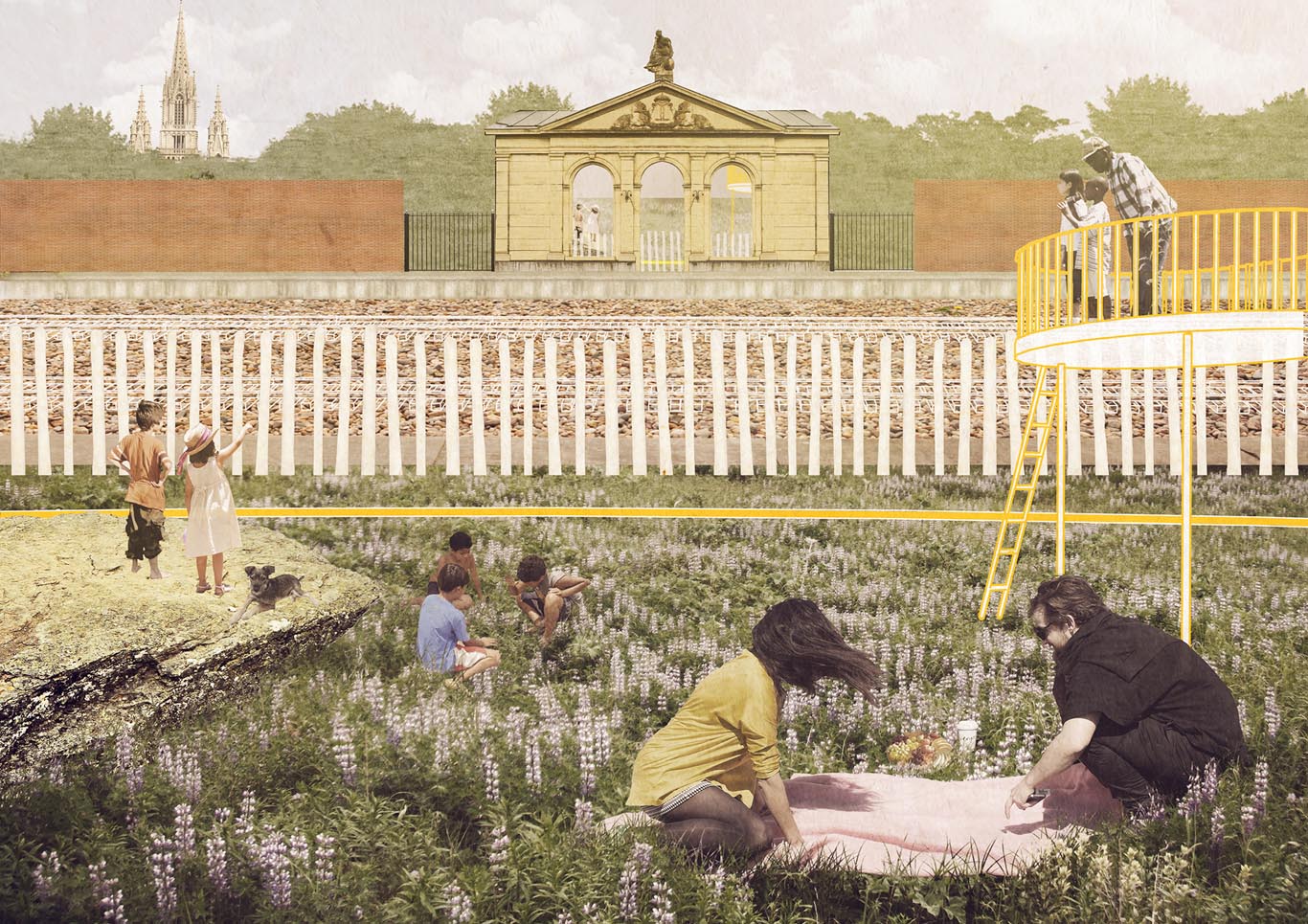 The starting point of the four pocket parks along the L50 railway line in Bockstael district were four empty spaces. In one of the spaces, located on a scarp, came into existence three pedestrians avenues in a shape of an ellipse put symmetrically to one another along with arbours and an observation tower that enables to watch royal gardens situated behind the wall. In the next one, initially having monumental character, with large concrete surface and surrounded with train and car traffic was built a sports field. The third space became an attractive racing path arranged on two various heights also providing users with shortcuts and space of diversified character. The last empty space situated between the dead tenement and railway tracks turned into terraced social garden where birdhouses and arbours are located and residents can grow their vegetables. The very important idea of the new urban development plan of these zones was to keep its double status: preserving what is valuable (the void and wild green) and making it more desirable in terms of new forms of use.