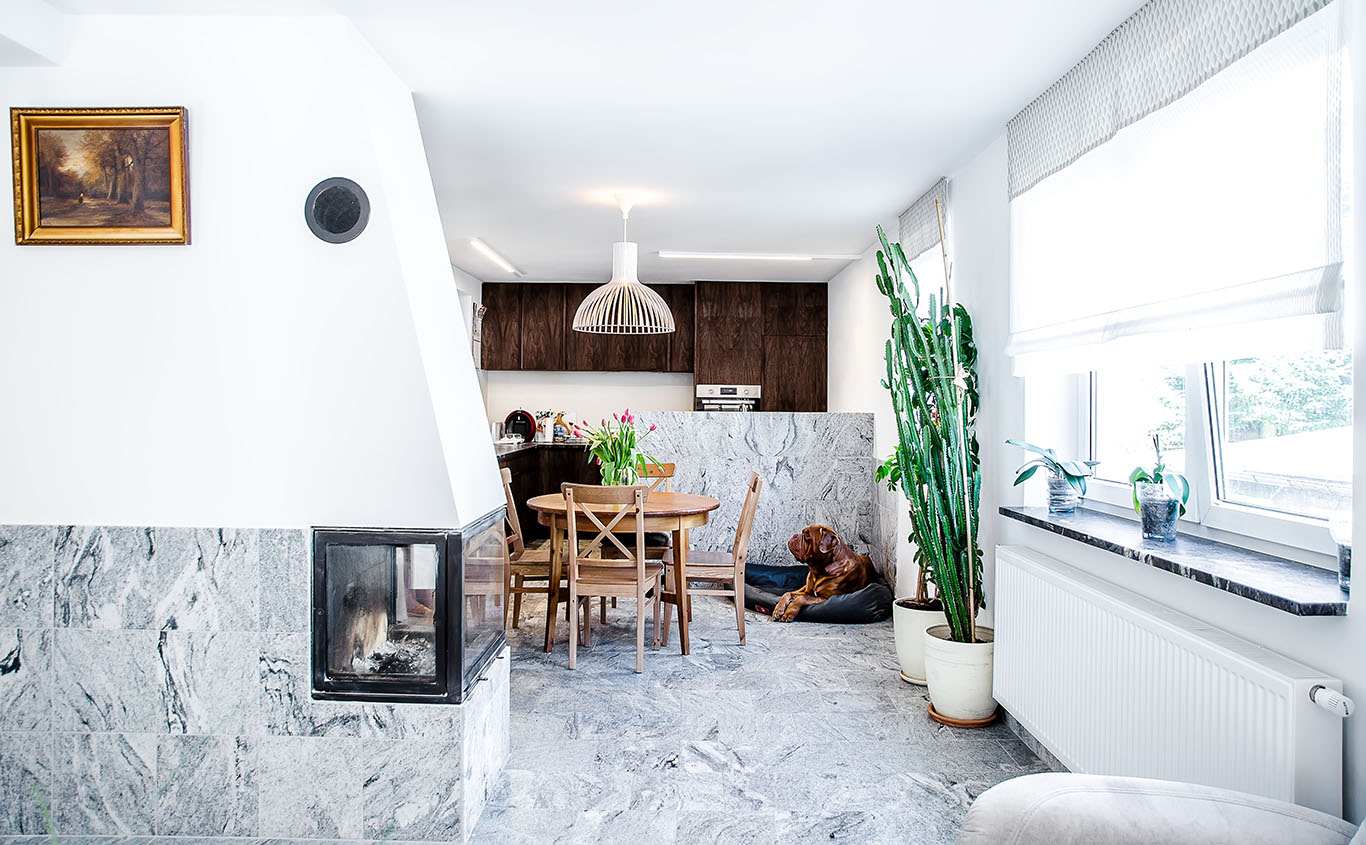 Refurbishment of a house

The rebuilding of a detached house in Kiekrz was aimed to connect separated rooms into one multifunctional open space. All of the rooms located on the ground floor were parted by too many walls and in result they were quite dark and nonfunctional. The kitchen was the only space fully used by the residents. As a result of implemented changes the corridor was combined with the big room and the kitchen was opened to both the big room and the dinning area; thus visually they create one open space. The very important factor underlying the makeover of the house was the permanent presence of animals (a dog of Dogue de Bordeaux breed and four cats) and the increase of their comfort. For the dog was organized a den by the wall, just in the place where it can observe the whole house and gives it a sense of security and intimacy. The ground floor was inlaid with granite tiles what enables to keep it clean at ease. In rooms devoid of animals the floor is wooden (ash) creating the atmosphere of cosiness and warmth. Furniture and the door woodwork were made of american chestnut wood. The detached house in Kiekrz received a new, more functional space able to address the needs of its residents as well as more modern aesthetic code.