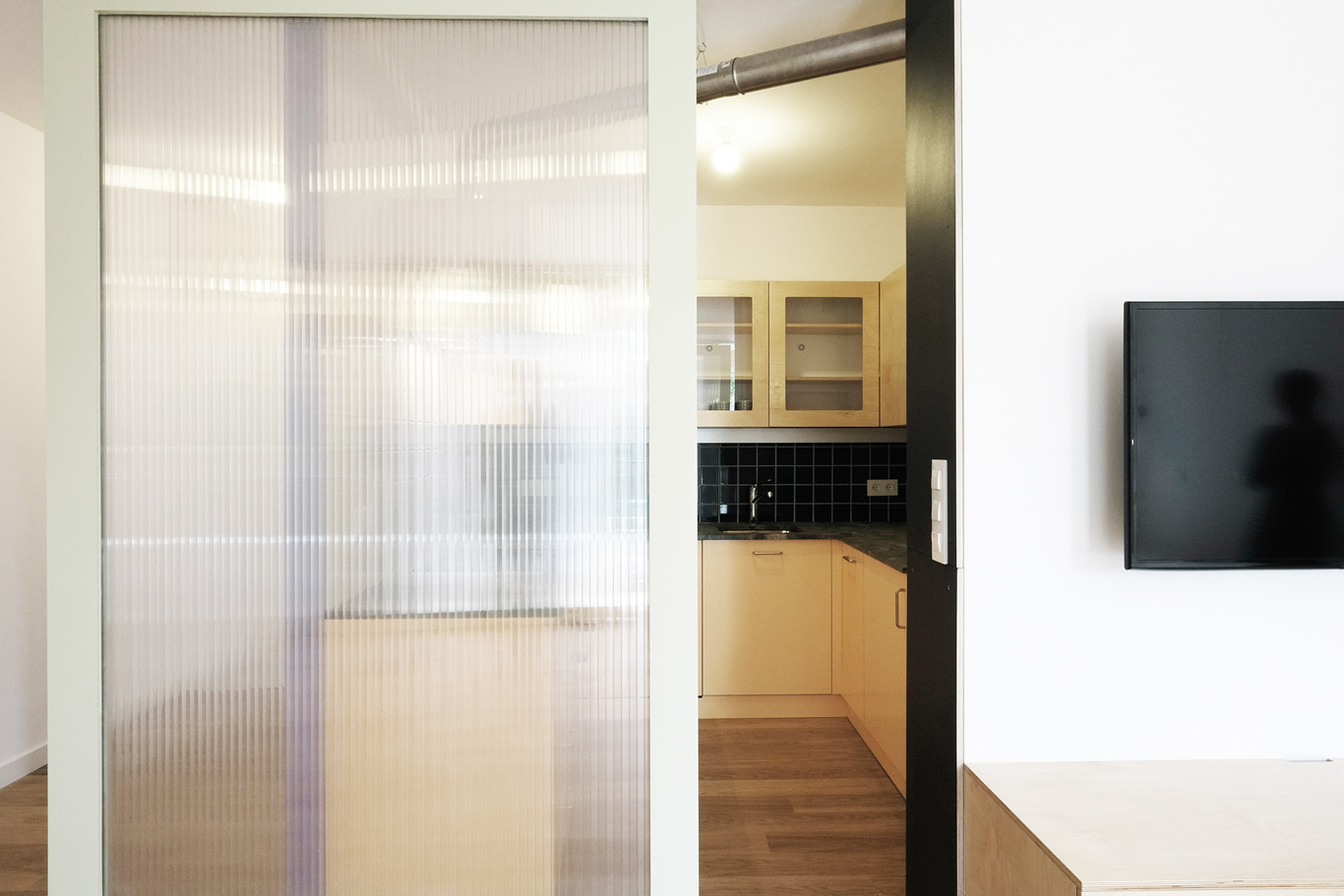 The space of the small flat was increased by demolishing all existing walls. As a result six  different „rooms” emerged that‘re arranged around a centrally located, open space. The „rooms” act as a slipping back and forth „thematic areas” which correspond to traditional spaces such as: a bedroom, a wardrobe, a kitchen, a bathroom and an entry zone. The basic function of sliding doors is to hide and mask some rooms and to expose others.

The centre of the space is occupied by a big table and a leisure zone that open and close themselves to particular „rooms” according to the current needs of user.