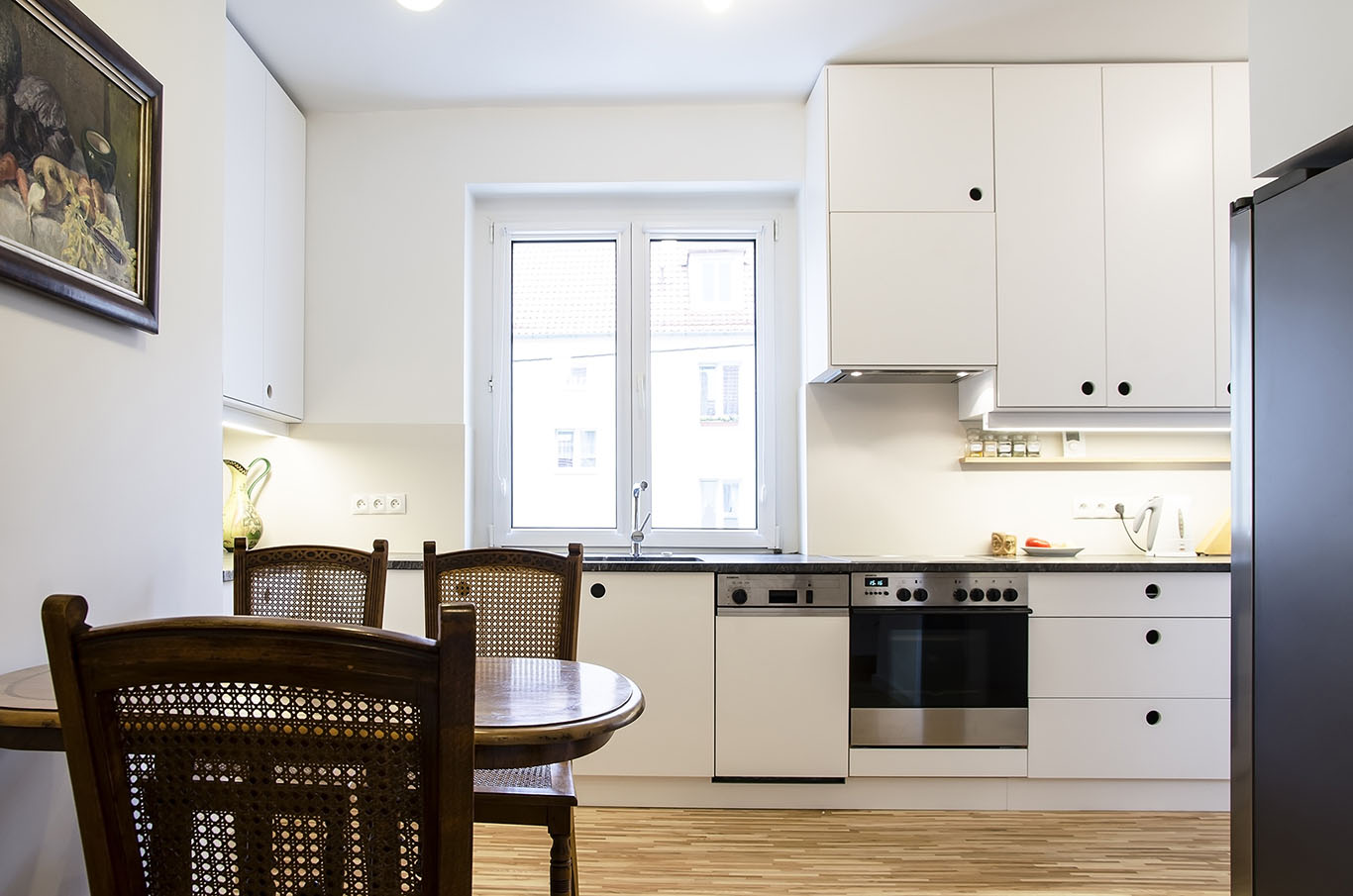 Refurbishment of an apartment from the 50's

The main aim of the refurbishment of the apartment in a postwar tenement apartment was the optimization of space. Moreover, the owner, a woman with a passion for cooking cared to have a kitchen as a centre of the flat where social life could flourish.

The change included a number of architectural interventions: the entire space was opened to the kitchen (the old kitchen was combined with an old corridor and one of the rooms), the thresholds were eliminated and the new floor was arranged into a mosaic of old pine boards and new ashen parquet. The modern character of the refurbished apartment was soften by old and tasteful furniture.