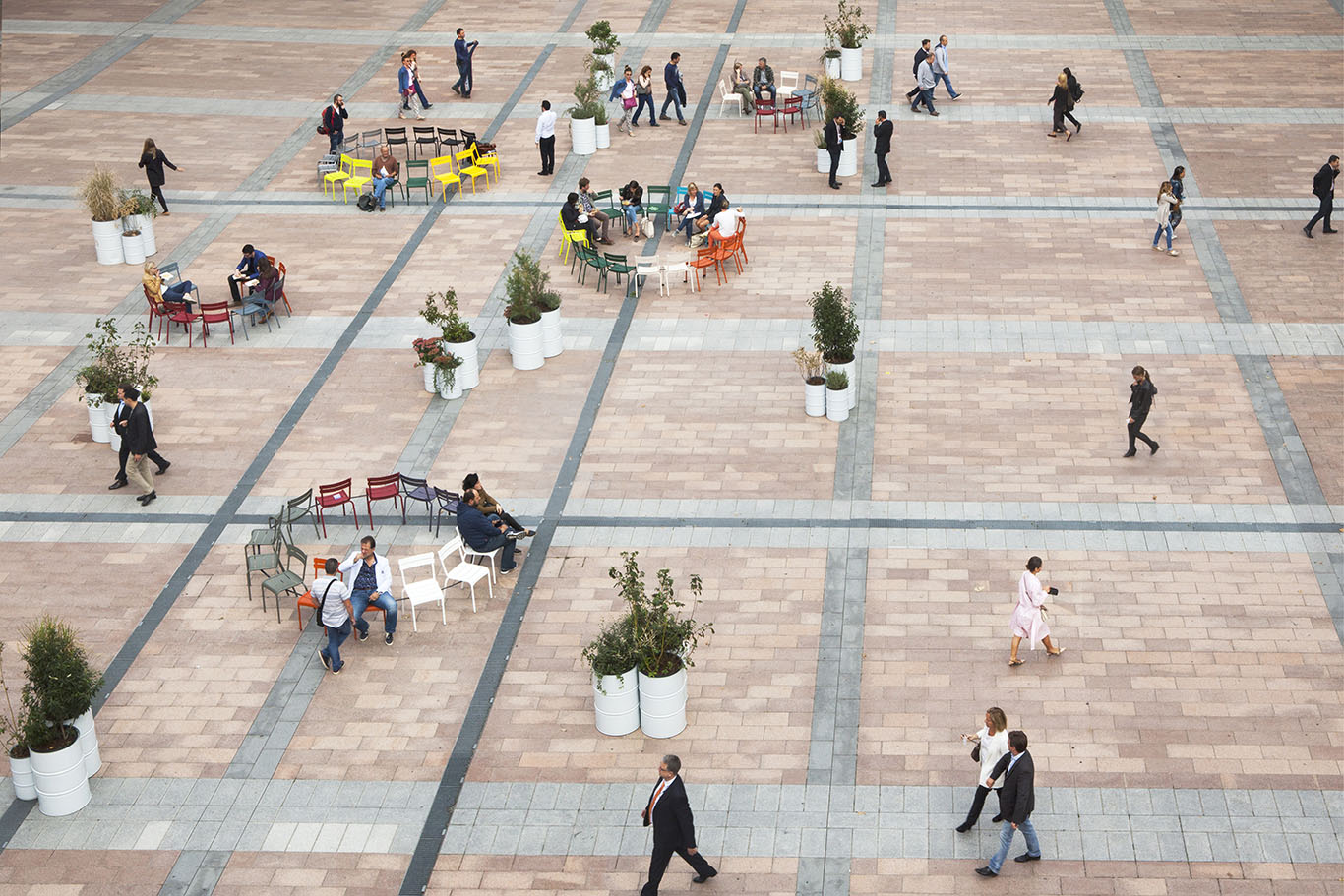 In spring 2016, the European Parliament (EP) commissioned a design for temporary creative street furniture and greenery that would be installed on the Esplanade Solidarność 1980, the main thoroughfare that links the different buildings of the Parliament campus in Brussels.

With Constellations, instead of designing temporary furniture, the architects however proposed the EP to invest in a set of 100 chairs, 10 tables and 50 plants. While the actual design project consisted of arranging and testing these solid and sustainable objects during one year in various configurations.

A group of circles, a long line, several small clusters, a series of stars : throughout one year, the chairs, tables and plants, in a variety of colours in order to avoid any form of pre-definition, are re-arranged in various ways and installed in different parts and sections of the Esplanade. They turn the vast space into a scene for a colourful play in which the chairs and tables and the people using them become the actors. The Esplanade becomes a convivial, people-oriented and friendly public space, but at the same time also an object of study in which the different ways the public interacts with the furniture and with the space of which it is part can be observed and explored.