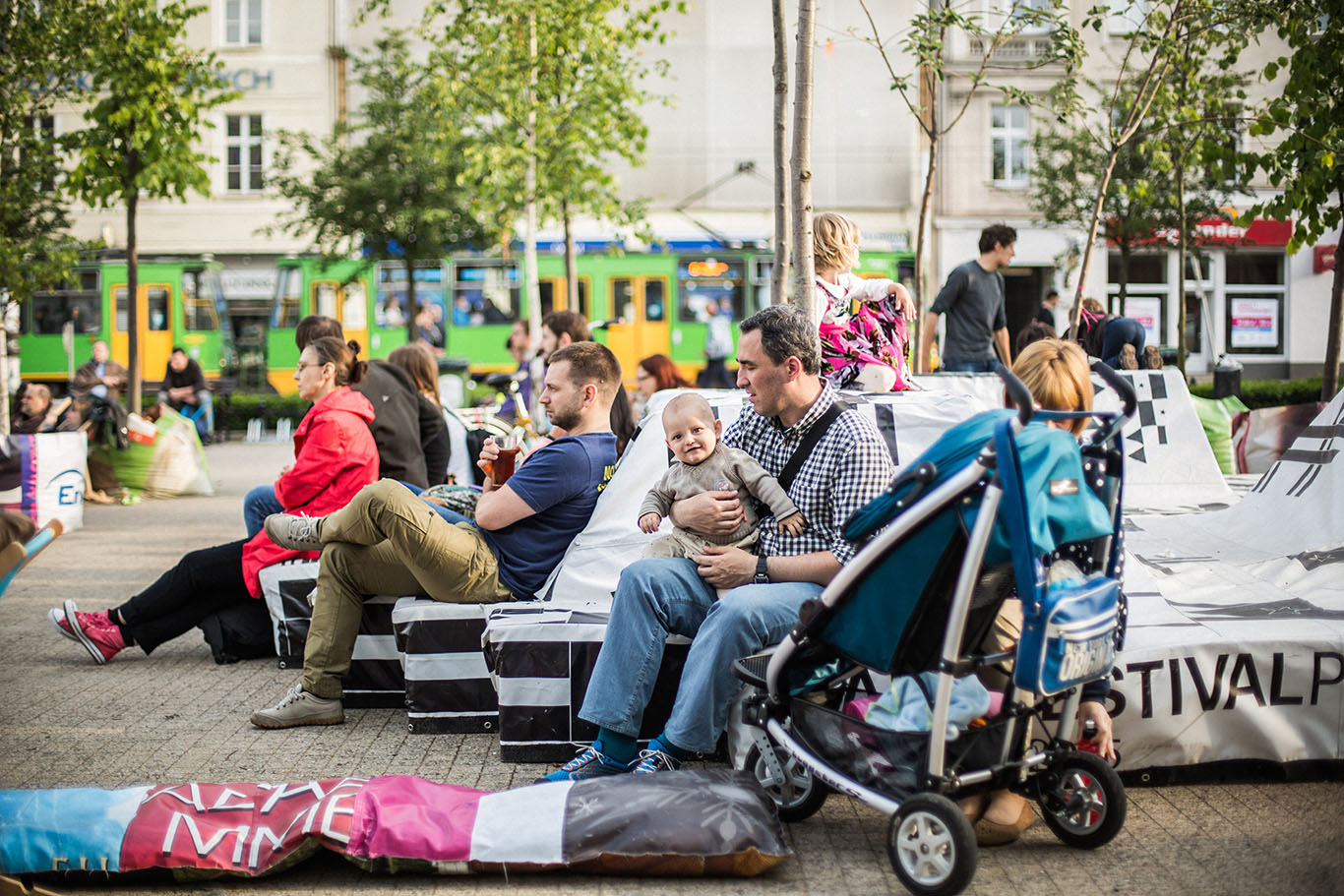 Project „Island Plac Wolności" is a direct continuation of mattress „Layoff”, the idea of city mattress which gives pedestrians the pretext for being together and joint rest in the public sphere. The mattress island on the Plac Wolności square is both bigger (25m2) from its predecessor in Gdynia (9m2) and constitutes material trailer of the Malta Festival programme announcing the new order in the city space. The inconspicuous structure made of soft large pillows enters a fruitful dialogue with the everyday routines of using the square. And the diversified form of the mattress along with humps sticking out of it allow to arrange the body freely and look at the square from the yet unknown perspective.